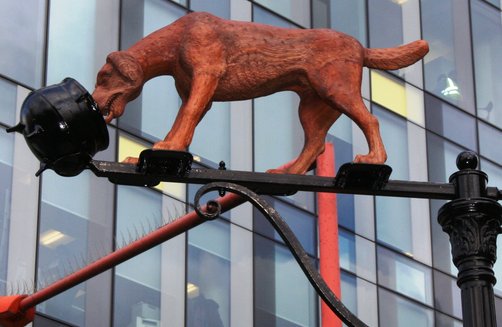 Southwark Heritage Association was formed in 1986 to promote Southwark's Heritage, which notion was pursued under the slogan, 'Historic Southwark Alive Today'. The Chamber of Commerce had commissioned a report that forecast the developing significance of travel to the social and commercial economy of the borough. The Council showed little interest in the report so SHA was formed to explore its implications. We defined heritage as 'that which we inherit from the past, use and develop in the present and leave, enhanced, for our children's future.' We wanted to consider business, domestic; education and tourist travel and its effect on our lives.

As a not for profit charitable organisation, SHA also provides status for fledgling associated projects, providing them with a charitable umbrella, banking facilities, and guidance; enabling good ideas and skills to be developed before the project has gained the proven track record so necessary in attracting funding during the early days. By the time these projects are strong enough to stand on their own two feet; they have a better grasp of the necessary skills to gain independence and can leave our umbrella. Six projects have benefited in this way to date: the fledgling TIC; Southwark Young Pilgrims, the Living Work Experience project; Southwark Mysteries: AM Arts Ltd.; and the Southwark Social Investment Forum.

In the early years, Southwark Council were reluctant to take any major steps in the area of travel and tourism. The example set by SHA acted as a pressure, which Southwark Council began to note, and which led to a range of responses to the business, educational, domestic, and tourist travel structures that we have in this borough today. Coupled with the significant regeneration programme and magnificent new Hotels in the area, tourism in Southwark is increasing rapidly. By 1997 the council had perceived the expanding role of tourism and appointed a Tourism Officer and section of their own.

Until 1999 Southwark Heritage Association ran the only TIC in the borough on behalf of Southwark council. By 2000 the council also had understood the significance of the T.I.C. (the second highest turnover of T.I.C.'s in the country) and that it deserved a higher-profile site. It was moved from our heritage centre in the Hays Galleria to No. 6, Tooley Street. With the Council's full adoption and relocation of the T.I.C., the loss of associated funding created a short term cashflow problem for the Southwark Heritage Centre which now needed to expand the other ways of serving the local Community which we had been identifying over the intervening years; and to find another way of funding the premises at Hays Galleria, with the additional challenge of the conversion of free accommodation provided by St. Martins property to a chargeable tenancy.

A Message From Our Chair

Welcome to the new website for Southwark Heritage Association. I have been an active member of the Southwark community for over 40 years, including 20 years as a Council Officer and 20 years as a volunteer in various local community organisations.

As a Council Officer I was the co-author of the Council's first Tourism & Heritage Strategy, produced in 1995. As a volunteer I have continued to develop and support a range of tourism and heritage initiatives in the borough, including the SYP Youth Training project and the Blue Plaques Scheme.

SHA has a diverse and inclusive membership and we welcome any support that can be given by individuals, businesses and other organisations to assist us in promoting and protecting our rich heritage.